What offers can I find in Roodepoort?

Find the best discounts offered by your favourite shops in Roodepoort on Tiendeo. See the flyers from Pick n Pay, Shoprite, Checkers and don't miss out on any online discounts. Here on Tiendeo, we currently have 721 active catalogues in Roodepoort and 5415 shops.

View all the malls
Roodepoort 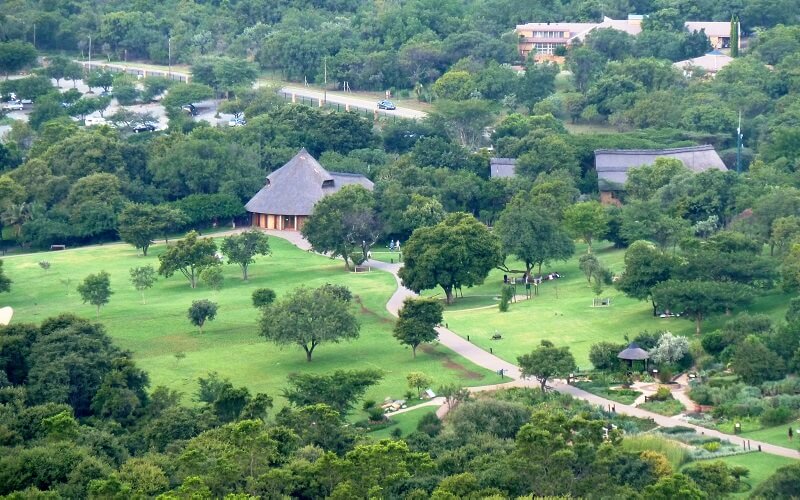 Roodepoort: Tourism, shopping and much more!

Located in South Africa’s Gauteng province, Roodeport (along with the towns of Florida, Hamburg, and Maraisburg) became a city in 1977. It was formerly known as an independent municipality, yet became part of the Johannesburg municipality in the late 1990s.

Although the Gauteng province is at a subtropical latitude, the climate of the area, including Roodepoort, is considerably cooler. Most rainfall occurs as quick afternoon thunderstorms and winters are usually dry and crisp with occasional frost appearing in the southern regions.

In terms of tourist attractions, Roodepoort is home to Johannesburg’s most famous botanical garden, the Walter Sisulu National Botanical Garden. Covering about 300 hectares of space, this garden is known to house 200+ species of birds, a rich variety of native plants, various small mammals and reptiles, plus a restaurant and gift shop.

Those who prefer their entertainment indoors can consider Montecasino. Designed to resemble a charming Tuscan village, the entire complex is decked out in rustic décor, a sky-painted ceiling, gaming arcade, outdoor bird park, movie theatre, live concerts, plus numerous cafes, restaurants, and shops.

And speaking of shopping...

From sleek city malls to charming shopping centres in the suburbs, Roodepoort presents numerous options for those seeking retail therapy. And if there was a list of the most prominent malls in Roodepoort, many shoppers would place Clearwater Mall right at the top. Located in Strubens Valley, Clearwater Mall is regarded as the most upscale one in Roodeport with its 223 shops conveniently scattered across 86,000 m² of retail space. Some of the well-known names to expect here include Dis-Chem, Aldo, and Europa Art Shoes.

Another option is Cradlestone Mall in the heart of Mogale City, named for its close proximity to the World Heritage Site. Offering an ideal blend of 160 shops, eateries and other services, Cradlestone Mall is also known for its fresh and vibrant atmosphere. Be on the lookout for the latest product promotions and discounts at stores like Baby Boom, Coricraft, Mr Price Sport, and many more.

To experience the largest and oldest shopping mall in Roodepoort you’ll have to travel to Horizon View. That’s where Westgate Shopping Centre has been located since it first opened its doors back in 1985. And with its 184 shops (including Checkers Hyper, Specsavers, and The Cross Trainer) and newly renovated lower level, it’s no wonder Westgate Shopping Centre is still as popular as ever.

Nestled in the heart of Roodepoort over in Crane Avenue is the Horizon Shopping Centre, a practical convenience centre for young and old. Although not the biggest in town, locals and visitors can still relish in the open-air centre while parking for free and dropping in at familiar spots like Woolworths Food, Absolute Pets, and Party City.

And whether it’s fashion, fast food or furniture, Lifestyle Crossing is sure to assist you with all your shopping needs. As the sister centre of Retail Crossing, Lifestyle Crossing presents a wide variety of stores and outlets in its 22,000 m² area layout. Don’t end your shopping spree without visiting the likes of Fournos Bakery, Lemon and Lime, or The Lighting Warehouse.